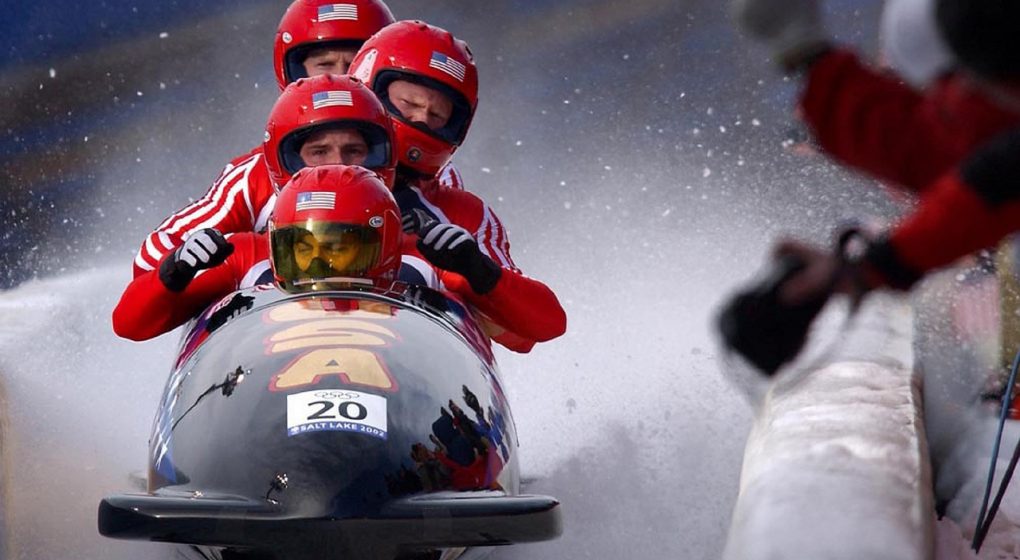 The opening ceremony of the winter Olympics took place over the weekend and this year’s events are being held in Pyeongchang, South Korea.

A normal person would say that this would be a great time for the media to point out the discrepancy between South Korea, a developed free country with a booming economy and North Korea, a murderous Marxist sh*thole, to borrow the term from President Trump. None of that happened. Instead, the media, devoured by their hatred for President Trump and suffering from an advanced stage of Trump Derangement Syndrome, chose to flood us with headlines and articles of praise for Kim Jong Un’s little sister, who was sent to Pyeongchang to head the North Korean Olympics delegation. The reason? She is there. And she is smiling. The end. That is enough for CNN, The New York Times, Washington Post, Reuters, Politico, and basically every major media outlet with the exception of Fox News, to conclude that North Korea won the charm and diplomacy Olympics, to praise the Marxist ruling member for her class and grace, and to criticize Vice President Mike Pence for sabotaging her by not being nice enough to smile at her.

The media’s new hero is Kim Yo Jong, the 30-year-old little sister of Little Rocket Man Kim Jong Un. She is the Director of the Department of Propaganda and Agitation in North Korea, a country that still operates gulags and whose regime has led to the death of millions of people due to starvation.

Now let’s dive into the riveting headlines that swarmed us during the weekend.

The following is an excerpt from this lovely article by the Communist News Network.

Experts say her visit for the Winter Games is calculated to answer the expected presence of Ivanka Trump at the closing ceremonies.

“Kim Yo Jong is the perfect counterpart to this,” Hwang said. “And it also is a signal that North Korea is not this crazy, weird former Cold War state — but it too has young women that are capable and are the future leadership.”

Sure, I guess if my family was kept at gunpoint back home in case I made the wrong move, I probably wouldn’t miss a step either. 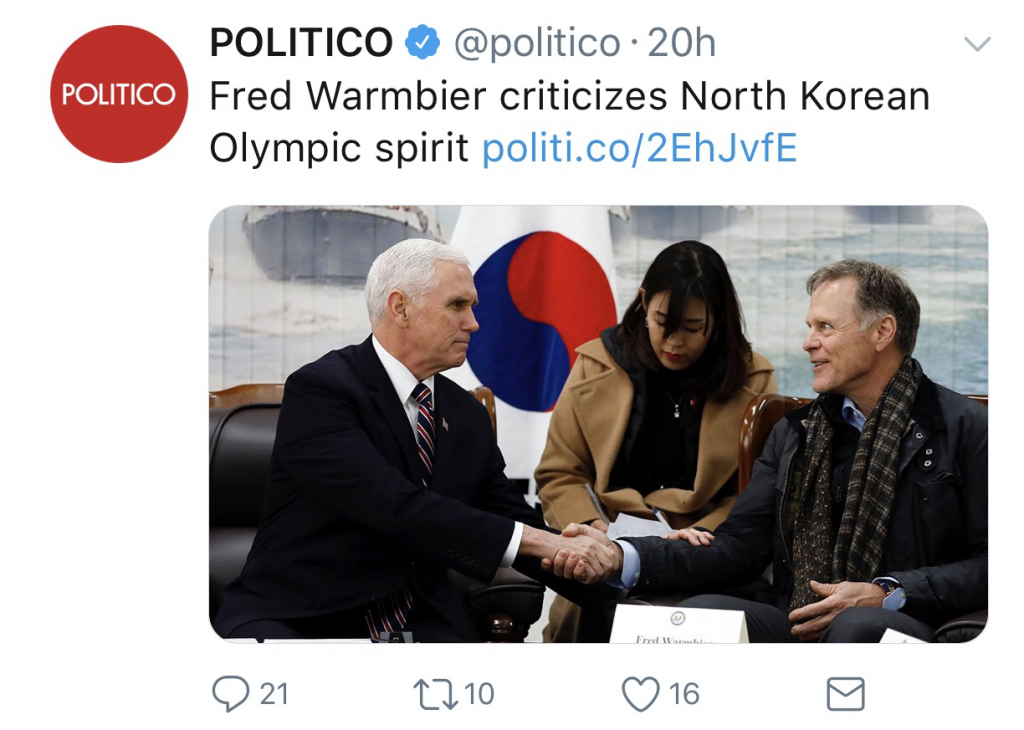 Politico’s tweet is ferociously inappropriate, criticizing Fred Warmbier, the father of Otto Warmbier who was jailed in North Korea (allegedly for attempting to steal a poster from the hotel he was staying at; no proof was ever provided for the conviction) and beaten to death over the course of a year and a half only to die several days after arriving back to the United States in a comatose state. But how dare this young man’s father criticize their gushing over the dictator’s little sister!

The most asinine headline and article came from the Washington (Com)Post, titled “’The Ivanka Trump of North Korea’ captivates people in the South at the Olympics.” The article went on to adorn the ‘political princess’ as they call her with accolades and gushed over her modesty and plain outfit. Last time I checked, Ivanka Trump didn’t own slaves, didn’t send her opponents to death camps, and didn’t throw her uncle in a cage to be eaten by 120 starved dogs.

At least one reporter, MSNBC’s Willie Geist, managed to sound reasonable amidst the stampede of excitement coming from his colleagues.

The media’s reaction to the North Korean dictator’s sister is astounding. Just when we thought that their “reporting” couldn’t be outdone, they say “Hold my beer.” and let us behold at their derangement syndrome. North Korea is a murderous Marxist sh*thole, there is nothing good about North Korea or its regime. Can you imagine what these headlines mean for North Korea within the country itself? The normalizing and glamorizing of a regime that has effectively enslaved some 25 million people is atrocious, it is morally wrong, and it is evil. But there you have it, the mainstream media instead keeps going at VP Mike Pence for not standing for North Korea’s national anthem! Ok, let’s put this one into perspective. According to the mainstream media, kneeling and siting for America’s national anthem in support for our troops — “Good, we support that, the best thing in the world, free speech, yay, how dare you criticize them for not standing, racist!”However, sitting during the national anthem of a country whose leadership feeds people to dogs — “Unacceptable, how dare you, you are sabotaging diplomacy, how insensitive, racist dictator!”

Absolutely egregious. Words can’t describe how appalled I am. I don’t know how anyone reading these articles could wholeheartedly look at that and conclude that the state of the media hasn’t reached a level of atrociousness and Marxist behavior that is beyond repair. Keep your eyes open and don’t fall for the trap!

Disclaimer: The image featured in this post was offered on Pixabay under a Creative Commons license.